It all starts with a declaration of the most reasonable kind. Bauji (Sanjay Mishra), a 55-year-old travel agent in New Delhi, has decided that he will only believe what he sees and experiences himself. A tiger roars? Only if I see it for myself, will I believe it. But this decision to question everything to draw conclusions is seen as absurd. It creates a ripple not only in the four walls of his house in Chandni Chowk but also in the mohalla. Bauji, everyone is convinced, has lost the plot. His philosophical spiel is blamed on “midlife crisis” and “male menopause”. But Bauji is determined as he embarks on his own ‘My Experiments with Truth’.

The results of his ideology are amusing, affecting and insightful. They divide people. His wife (Seema Pahwa) is confused and his estranged brother (Rajat Kapoor) decides to separate from the joint family set-up. Initially, the butt of joke in his neighbourhood, Bauji soon captures the imagination of a bunch of middle-aged slackers. They soon become his disciples who seek his opinions on life, engage in discussions with him and try to imitate him. So when he holds a placard with the message – “Sab Kuch Yahi Hai. Aankhen Khol Kar Dekh” – on the streets, they join him. Also the film’s director-writer Kapoor is in fine form showcasing the exchanges between Bauji and his followers.

Sanjay Mishra fits like a glove into the role of man who has an epiphany which transforms his life. His sincere performance makes Bauji endearing, compelling and intriguing but never an annoying buffoon. It will surely be a career-defining role for an actor best known for his comic talent. Supporting him is a talented ensemble with Pahwa standing out as the irritated wife and Maya Sarao, in her debut role, as the daughter who tries to be tolerant of her father’s idiosyncrasies.

Rajat Kapoor’s sixth feature is not only his most personal but also his best film to date. A tribute to his mentors Mani Kaul and Kumar Shahani, whom he assisted after graduating from the Film and Television Institute of India, Kapoor weaves a detailed portrait of a joint family in which each member makes a distinct impression. He has also crafted some memorable moments such as Bauji’s confrontation with his nephew’s math teacher in which he looks for sense in an exam question; there are also quirky characters like Panditji ka beta, who keeps stirring trouble in Bauji’s household with false news. Ultimately, Ankhon Dekhi’s biggest strength lies in the subtlety of its emotions. This is a profound film but it never comes across as preachy.

Kapoor again has his trusted, reliable collaborators on board. They include cinematographer Rafey Mahmood, editor Sagar Desai, composer Suresh Pai, production designer and wife Meenal Agarwal and sound designer Resul Pookutty. Especially noteworthy is Mehmood’s lens which reminds viewers how picturesque Delhi can be in the grey winter and also does an adept job of highlighting the family’s bond through dimly lit crammed spaces.

As the film nears the finishing line, there’s a scene in which Bauji reprimands his cronies to not copy him but to seek their own way. “I’m still trying to find for my own way,” says Bauji. Through such a scene, Kapoor accomplishes the rare feat of making a film which both entertains and also compels you to think. Bauji’s mantra is seeing is believing. Only be seeing Ankhon Dekhi will you be doing justice to it. 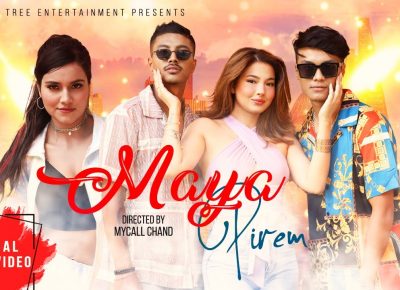 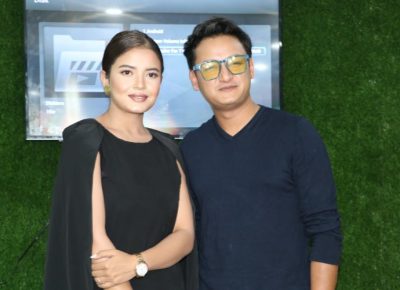